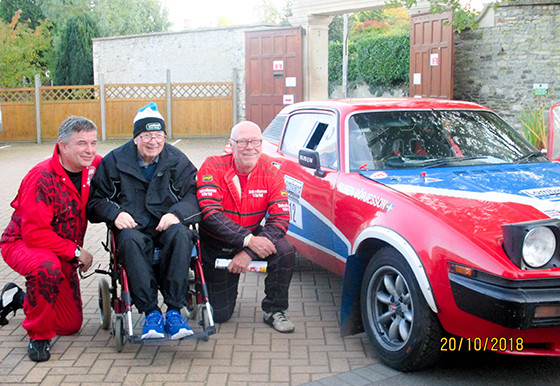 On the 20th of October at St Theresa’s in Bath, we had a very special visit from some of the Lombard Rac Rally Cars, after their race around the city.

The City of Bath first had the honour of hosting the rally in 1976 when one of our residents, Joe Hawkins participated in the race.

Alongside his co driver Borjessen Ruben they claimed 17th place from over 200 cars, which earn’t him local hero status over night.

Joe greeted the drivers sporting his Lombard Racing Championship coat and was met with hugs and handshakes all round. He was also very surprised to see his son had driven up in his old racing car which he couldn’t wait to have a good look around.

After exchanging stories and jokes for little while, Joe wanted to hear the sound of the engines as the cars tore off down the road. When the sound had finally disappeared into the distance he turned back and said, “Well that was absolutely fantastic”.

We would like to thank all the drivers for taking the time to come and visit us and allowing Joe to relive those nostalgic memories.