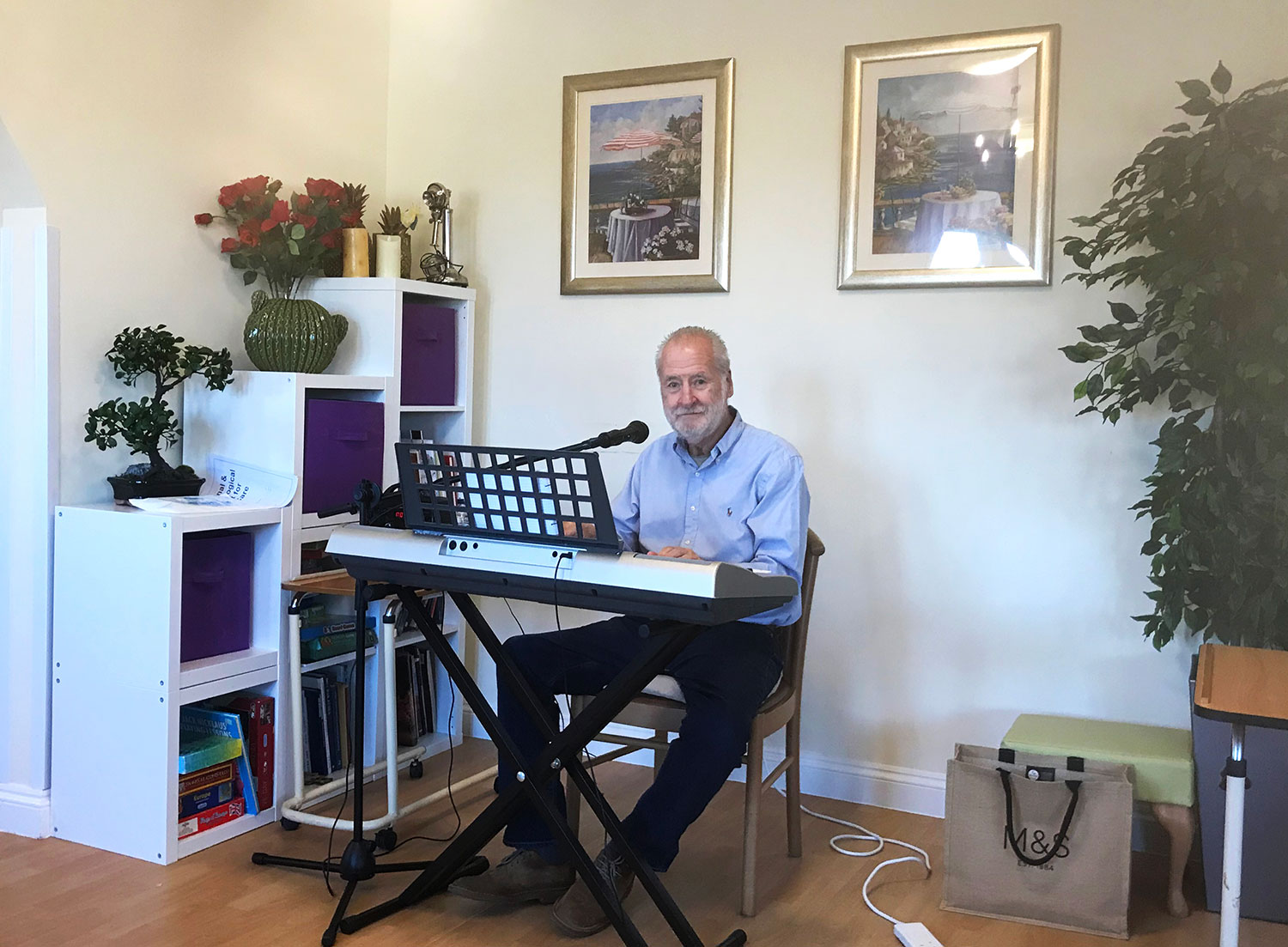 We are thrilled to introduce Peter Whiteman, our amazing resident from The Orangery in Bath. In the time of, as Peter called it, being under “virus watch” and not being able to let in any entertainers into the home, The Orangery was lucky enough to have Peter, a musician, performing now in the home in the time of quarantine.

If you would like to know Peter a bit more, please read on!

Peter was born in suburban London in 1946 to Mary and Denis. He remembers the post war Britain as bombed-buildings, food rationing and deliveries of food being made by horse drawn carts. His first job (to earn 6 pennies pocket money), was to wait with a bucket and spade for the horses to past and collect any “droppings” for his father’s garden. His dad was a keen horticulturist, winning prizes at the horticultural shows and exhibitions.
Peter was educated at Kingsbury County Grammar School by the age of 17 and is very glad to say, that his education suffered when the “Rock and Roll” hit!

Peter had 5 years of piano lessons and at the age of 12 began playing “skiffle” with a neighbour, which heralded his entrance to the world of Rock and Roll. He played the bass guitar and the keyboard ever since in many bands, playing in pubs, clubs, private functions, American Bases.
Peter says that “I suppose that, as boy, we didn’t have television, cars, man hadn’t walked on the moon and many other things as we now take for granted. All my energies were to Rock and Roll!”

In 1981 Peter has moved from London to USA with his band as a bass player to continue his musical career. During this time, he has met and fell in love with Katy, to whom he got married. They bought a house in a small city Tomah, Wisconsin, where there was no public transport. Peter had to learn how to drive and did so for another 36 years, until he came back to UK. He says: “I have never driven in England and the prospect of it frightens me!”.

Unfortunately, the marriage did not last, and Peter remained extremely busy playing mainly with “The Limeys” Rock and Roll music and country. Musically, life was going well, but in 1991 Peter has been struck by a car, where he suffered many injuries, the worse being a brain injury and was lucky to survive. He then served on the Board of Directors of the Brain Injury Association of Wisconsin for 6 years. In 2007 Peter experienced a heart attack just after returning from a Sunday afternoon gig. The attack repeated in 2009, having now a stent and defibrillator and well managed diet he has been heart attack free for 11 years!

Although he spent most of his life in America, he decided to return to England to be closer to his Family; brother Clive, sister Yvonne and his parents, who lived their final years at The Orangery.

Cedar Care Homes Family and our Staff from Culverhayes Nursing Home would like to send you a warm, positive message that although the times are difficult at the moment, with everyone sticking together, we can get through this! Please watch our little video we prepared for you 🙂 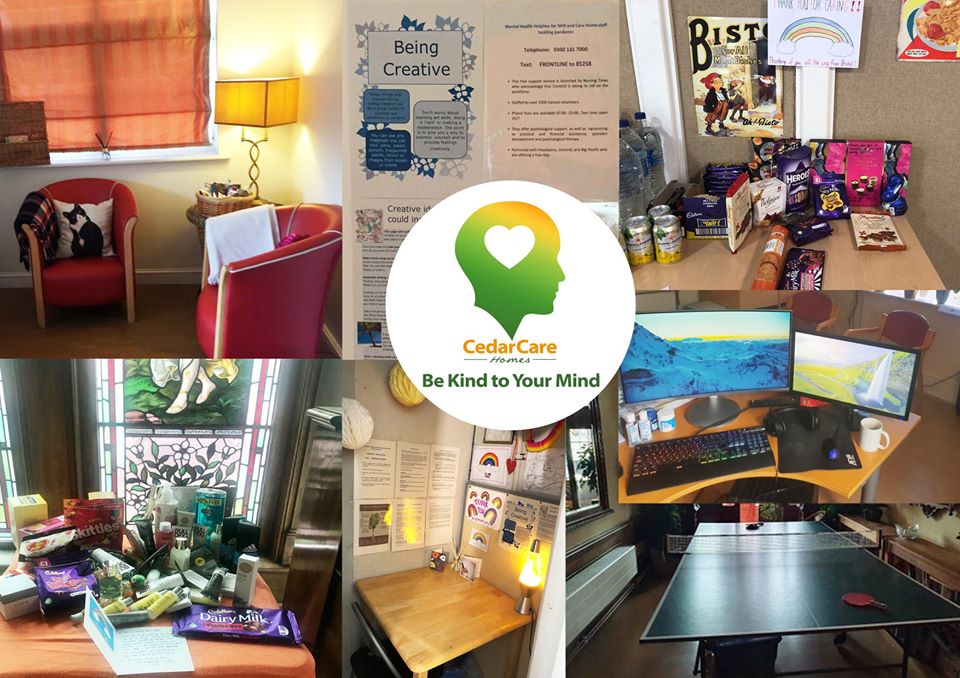 Being worried about the impact of the Covid-19 pandemic on the mental health and well-being of our staff, Cedar Care Homes have decided to implement the idea of “wobble rooms” across our homes, wherever it is possible.

The “wobble room” is a designated space where a staff member can come in and have some time off, have a drink, snack, listen to music or share worries with other staff members.

Here are some pictures of our Wobble rooms in Culverhayes, Cedar Park, St. Teresa’s and Winfield Lodge.

A special Thank You to Banes, CITT, Acheson and Acheson (cosmetics company in Trowbridge), Residents of Weston, Bath, Residents of Elizabeth Way in Mangotsfield for donating items for this project! 🌷